A law firm partner circled the following sentence and wrote “PASSIVE—FIX” in the margin:

“He was unhappy that the provision of services had been so slow.”

Why didn’t the associate spot the problem himself?

Perhaps because the sentence is not in the passive voice at all. 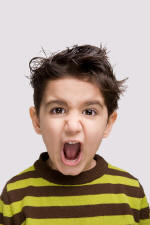 When faced with a sentence they just don’t like, many lawyers and judges will scream “Passive!” as if they’re pinning a scarlet A on Hester Prynne. I call these critics “passive-aggressors.” If you press them on what exactly is passive about a sentence like the one I just shared with you, they’ll often seize on at least one of three alleged violations.

Many passive-aggressors will decry the “was” in “was unhappy” as telltale evidence of the crime. But “was unhappy” is just a be-verb plus an adjective, as in “I was hungry.” Sure, you don’t want to go crazy with be-verbs, but you can’t live without ’em, either, and in any event a be-verb alone does not make something passive.

Other passive-aggressors will slap the “Passive!” label on a phrase like “the provision of services.” But that is just a nominalization: the noun form of a verb.

Still other passive-aggressors will slam “had been so slow” as passive. This allegation is the most misguided of all. A phrase like “had been slow” is simply in the past perfect tense, which has nothing to do with the passive voice. Adding to the confusion, the passive-aggressors often speak of “the passive tense,” something that doesn’t even exist. The passive is a voice, not a tense, and the distinction matters: A construction is passive because of the way you make the verb relate to the subject, not because of which verb you choose or how you conjugate it.

All these false positives—phrases accused of being passive—demoralize writers. And as soon as those writers discover that their passive-aggressor supervisors are blowing hot air, those editors lose credibility.

So what’s the best way to separate “real” passive constructions from fake ones?

The best clues are the combination of a conjugated form of to be or to get or to have with a past participle. If finding that combination seems like a pain, let me share a secret:

You can configure Microsoft Word to underline sentences containing passive constructions. Just go to Spelling and Grammar, Options, Settings, and then, under “Style” settings, click the “Passive Sentences” box.

We’ve now completed Part One of our mission: learning to stand up to the passive-aggressors, even if that means you’re standing up to yourself. My next article will tackle the other big problem: deciding whether passive constructions should be changed or left intact.