On my new editing tool BriefCatch, in fact, Buffett’s latest missive garners a staggering 100/100 in overall Reading Happiness and another 100/100 in Sentence Length and Variety. Even more impressive, despite the heavy content, Buffett racks up a 97/100 in Plain English. 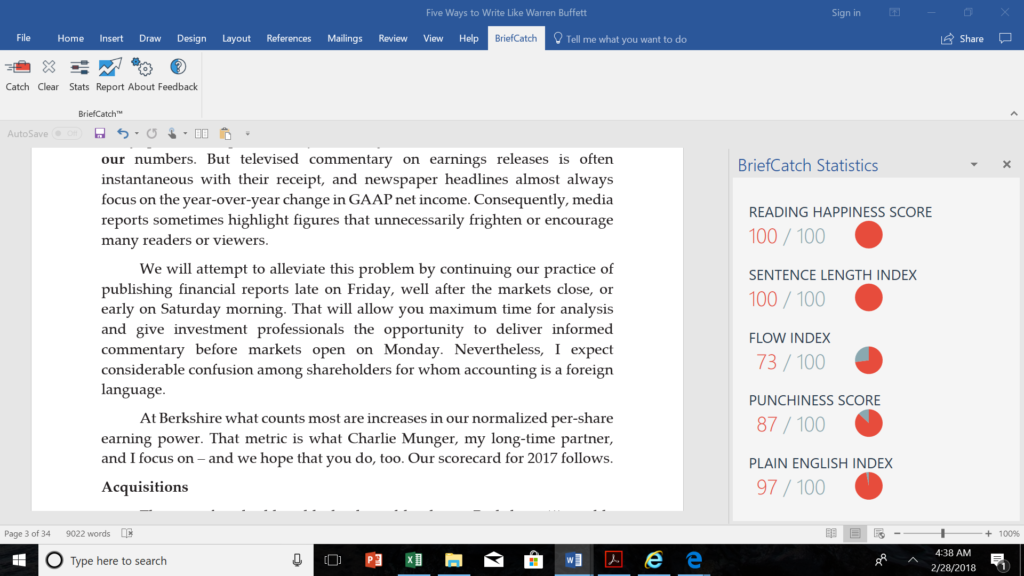 Want to follow Buffett’s lead, in writing if not in the stock market? Here are five takeaways.

Buffett styles his letter as a two-way conversation, not as a droning monologue. “Write with a specific person in mind,” he advises in his preface to the SEC’s A Plain English Handbook. When Buffett writes Berkshire Hathaway’s annual report, he says he pretends he’s talking to his two sisters.

It shows. In his latest shareholder letter, for example, he uses the word “you” 50 times and “your” another 21 times! Do you?

Another way Buffet shows empathy is by imagining questions the reader might have—and then answering them.

Why the purchasing frenzy? In part, it’s because the CEO job self-selects for “can-do” types.

Like all great business writers, Buffett is also a master teacher. One key sign: When he has to lean on lingo or jargon, he’s careful to introduce the familiar before the unfamiliar.

Take this three-step dance: He starts you off easy with the familiar notion of a new rule, then shares a spelled-out form of the type of rule in question, and only then invokes the GAAP acronym that could have otherwise alienated the uninitiated.

I must first tell you about a new accounting rule – a generally accepted accounting principle (GAAP) – that in future quarterly and annual reports will severely distort Berkshire’s net income figures and very often mislead commentators and investors.

Here, he introduces familiar types of insurance before invoking the much less familiar “long-tail” insurance.

Use the imperative liberally. That’s yet another way Buffett engages his readers.

Before I discuss our 2017 insurance results, let me remind you of how and why we entered the field.

What looks predictable in insurance can be anything but. Take the famous Lloyds insurance market, which produced decent results for three centuries.

The $65 billion gain is nonetheless real – rest assured of that.

Finally, sometimes the best way to make readers happy is just to show that you care. In that regard, the world’s third-richest person manages to give advice on how to save on travel to Omaha—though with a charming touch of self-interest, as you can see below.

Keep in mind that most airlines substantially increase prices for the Berkshire weekend. If you are coming from far away, compare the cost of flying to Kansas City vs. Omaha. The drive between the two cities is about 2½ hours, and it may be that Kansas City can save you significant money. The savings for a couple could run to $1,000 or more. Spend that money with us. 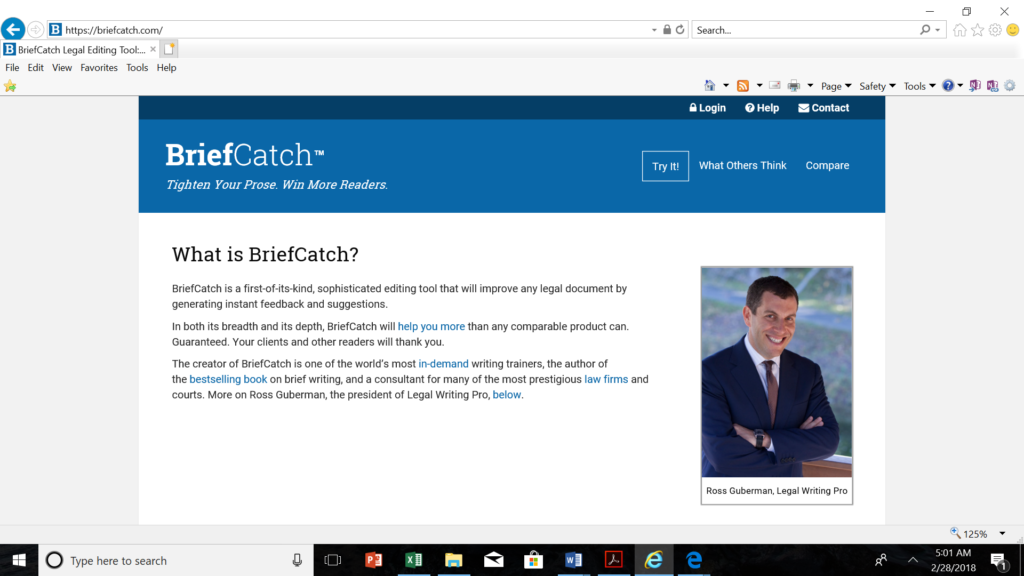 The many sentences Buffett starts with short, light transitions like “but,” “yet,” “and,” and “so” help make his writing appealingly breezy, even journalistic. (Buffett also appears to be a fan of Strunk & White’s Elements of Style: He doesn’t start a single sentence with the heavy transition word “However”!)

The format of that opening paragraph has been standard for 30 years. But 2017 was far from standard.

Our aversion to leverage has dampened our returns over the years. But Charlie and I sleep well.

Year by year, we have moved forward. Yet Berkshire shares have suffered four truly major dips.

Even if your borrowings are small and your positions aren’t immediately threatened by the plunging market, your mind may well become rattled by scary headlines and breathless commentary. And an unsettled mind will not make good decisions.

So stop by for a quote.

(For those worrying that you can’t start sentences with these coordinating conjunctions, see my Five Grammar Myths. Or just trust Warren Buffett!)

But what about the rest of Buffett’s sentences? Good question. Many executives (and even more lawyers) churn out stilted, overwritten, bureaucratic prose that sounds at once sterile and haughty. Yet somehow Buffett has a light touch. How does he manage?

Other times it’s all about refreshingly candid and natural language.

Given that pathetic return, our bonds had become a dumb – a really dumb – investment compared to American equities.

Our recognition of capital gains (and losses) will be lumpy, particularly as we conform with the new GAAP rule requiring us to constantly record unrealized gains or losses in our earnings.

Both of us believe it is insane to risk what you have and need in order to obtain what you don’t need.

After our purchase, however, some very strange things took place in the bond market.

At still other times it’s about tapping into evocative idioms.

The five funds-of-funds got off to a fast start, each beating the index fund in 2008. Then the roof fell in.

That industry-leading share—about three times what our nearest competitor did – is a far cry from the 13% Clayton achieved in 2003.

PFJ has been run from the get-go by the remarkable Haslam family. 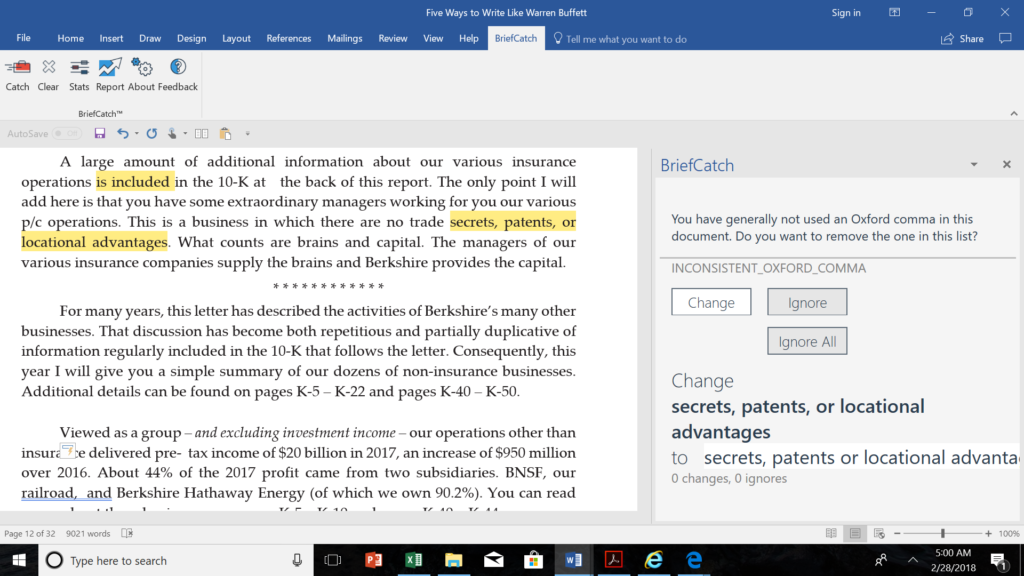 Flow matters in writing. And Buffett’s got it and flaunts it. That’s one reason he favors bridge transitions that start one sentence by picking up on something the reader recalls from the sentence before. (The virtues of the bridge-transition technique are why many sentences in top-notch nonfiction writing often start with “This [something]” or “That [something].”)

At Berkshire what counts most are increases in our normalized per-share earning power. That metric is what Charlie Munger, my long-time partner, and I focus on – and we hope that you do, too.

The new rule says that the net change in unrealized investment gains and losses in stocks we hold must be included in all net income figures we report to you. That requirement will produce some truly wild and capricious swings in our GAAP bottom-line.

Berkshire’s insurance managers are conservative and careful underwriters, who operate in a culture that has long prioritized those qualities. That disciplined behavior has produced underwriting profits in most years, and in such instances, our cost of float was less than zero.

Beyond the bridge transition, diverse logical transitional devices are another underrated hallmark of great nonfiction prose, whether journalistic, business, legal, or judicial. Here, too, Buffett has a real gift.

Sure, he occasionally resorts to the all-too-familiar “Consequently” and “Nevertheless.” Far more often, though, he douses his prose with such logically interesting connectors as “in effect,” “of course,” “after all,” “indeed,” “say,” “even so,” “as a result,” “in contrast,” and “even more important.” Is your writing similarly doused? 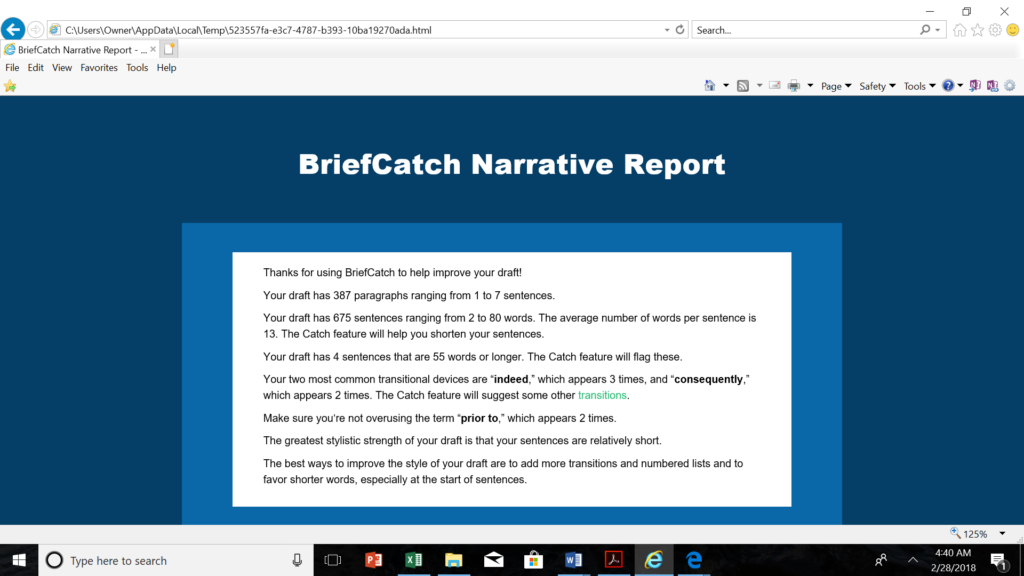 One way to enliven formal writing is to provoke the senses, paint pictures, or evoke emotions. Watch how Buffett helps accomplish these goals through choice, vivid verbs.

Including gyrations of that magnitude in reported net income will swamp the truly important numbers that describe our operating performance.

Kevin Clayton’s comments to the Haslams about the advantages of a Berkshire affiliation, and his admiring comments about the Haslam family to me, helped cement the PFJ deal.

Once a CEO hungers for a deal, he or she will never lack for forecasts that justify the purchase. Subordinates will be cheering, envisioning enlarged domains and the compensation levels that typically increase with corporate size. Investment bankers, smelling huge fees, will be applauding as well. 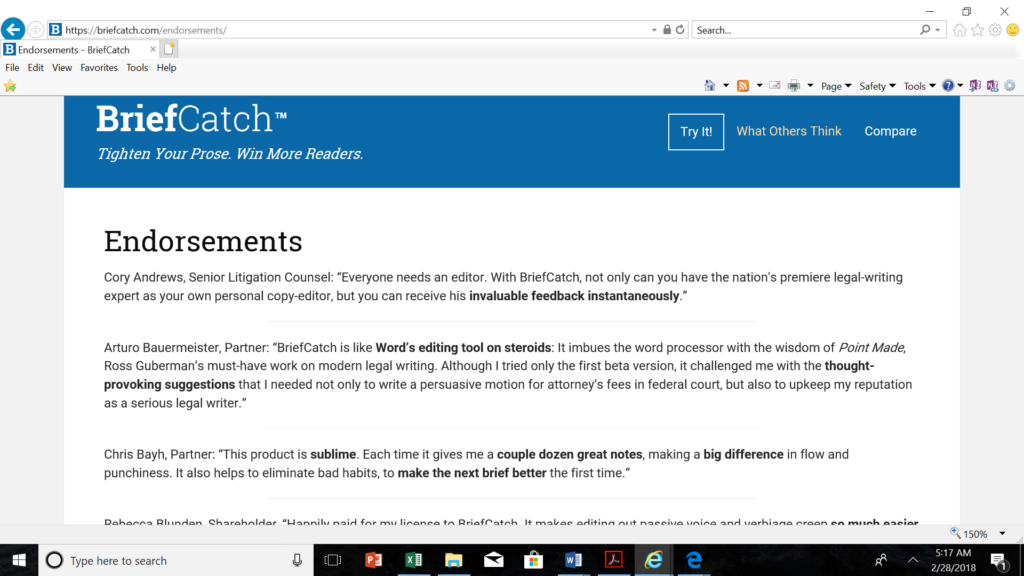 In business writing, exposition and explanation are no doubt essential. But variety is also key. Buffett spices up his prose by sprinkling it with examples, analogies, metaphors, and literary references that bring dry concepts to life. The Oracle of Omaha even indulges in a slightly racy simile (if you want to skip to it, it’s fourth on the list)!

No one can tell you when these will happen. The light can at any time go from green to red without pausing at yellow.

Those performance incentives, it should be emphasized, were frosting on a huge and tasty cake.

(Don’t ask the barber whether you need a haircut.)

If Wall Street analysts or board members urge that brand of CEO to consider possible acquisitions, it’s a bit like telling your ripening teenager to be sure to have a normal sex life.

When major declines occur, however, they offer extraordinary opportunities to those who are not handicapped by debt. That’s the time to heed these lines from Kipling’s If: “If you can keep your head when all about you are losing theirs . . . If you can wait and not be tired by waiting . . . If you can think – and not make thoughts your aim . . . If you can trust yourself when all men doubt you . . . Yours is the Earth and everything that’s in it.”

Buffett also has a knack for varying his punctuation strategically. Like many other great writers I analyze—including lawyers and judges—he’s a fan of the em-dash for emphasis, the colon for explanations, and the semicolon for contrasts.

Berkshire, it should be emphasized, has not performed brilliantly since the 2012 substitution. But brilliance wasn’t needed: After all, Berkshire’s gain only had to beat that annual .88% bond bogey – hardly a Herculean achievement.

A final lesson from our bet: Stick with big, “easy” decisions and eschew activity.

Sometimes the payoffs to us will be modest; occasionally the cash register will ring loudly. [1]

As you can see, writing as well as Warren Buffett isn’t easy. But it’s a heck of a lot easier than coughing up $316,126 to buy just one share of Class A Berkshire Hathaway stock! So look on the bright side, follow these five tips, and let my new tool BriefCatch help you with that quest. 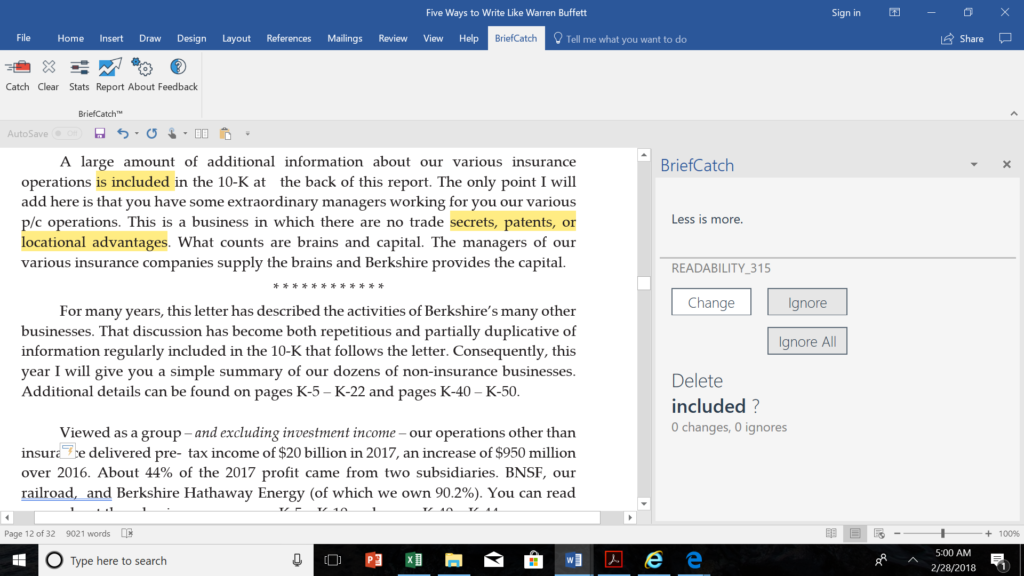 [1] If you’re weary of all this praise, have no fear. Nobody’s perfect. Not even Warren Buffett.